Why Women are marching! “March4Justice” 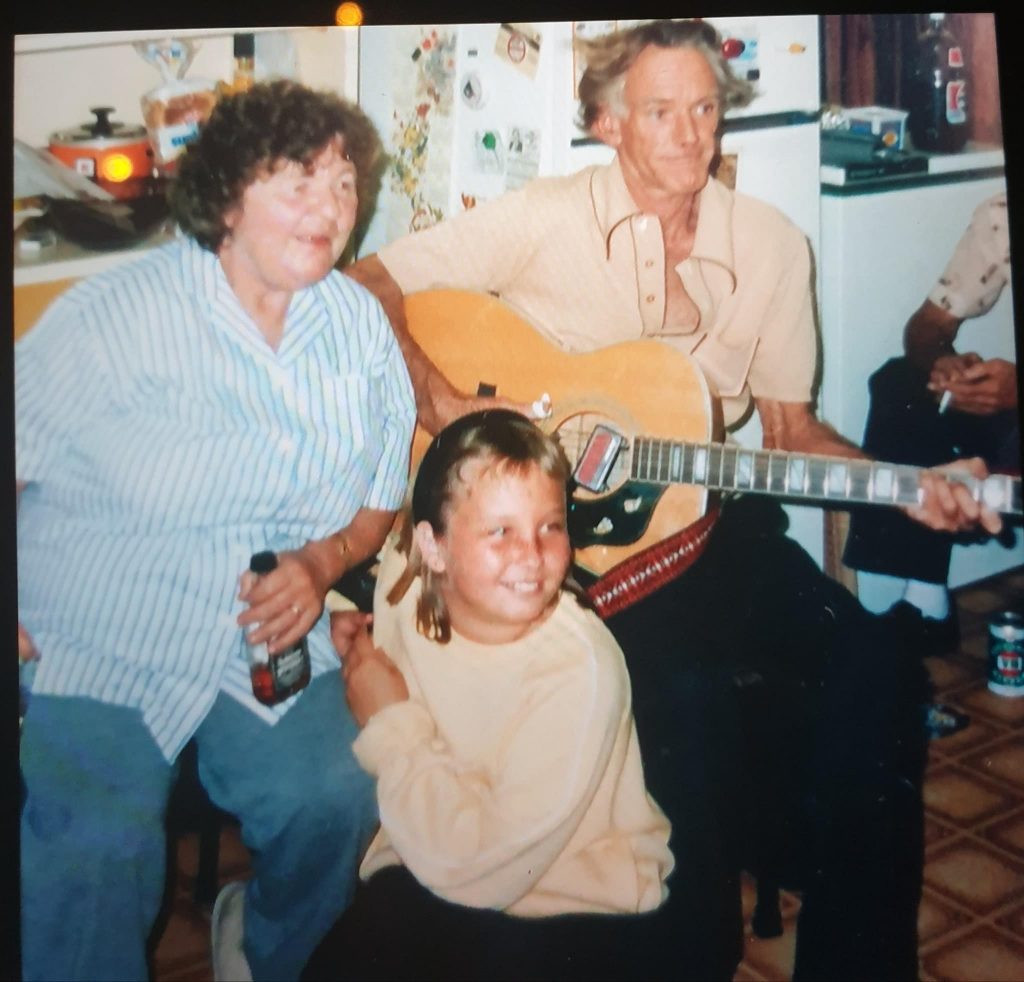 This is a picture of my parents and my eldest daughter.

She asked if I was going to march on Monday, my response was truthful, if I wasn’t working, I would definitely be there.

I felt bad because whilst I consider the march important, due to my work commitments, I don’t feel I have a choice in choosing the march over work. I will however mark the day in my office with a sign “I support March4Justice”.

As a mother of two daughters, I think it’s important to teach them to be independent and not accept bad behavior from anyone especially men.

Growing up, I had a loving kind and gentle dad who adored me and was a real gentleman to all women. he taught my three brothers to be kind to women.

My dad was a musician, he played the guitar, he was classically trained but loved Country and Western music. He was always fun to have around and definitely the favorite of all my aunties’ (my mum had 8 sisters).

He would quote his famous line when any of our aunties visited us, his greeting was always “My favorite sister in-law” is here, let me sing you a song.  We always had music and laughter in our house and it was safe because there was only a little alcohol and definitely no violence.

Sadly, a lot of the time they were visiting was because they were escaping from vicious relationships.  You see, my mother, her sisters and their mother were of a generation where women were considered subservient and quite often fell prey to controlling usually alcoholic men.

In fact, from what I understand, their father (my grandfather) was a raging alcoholic during their childhood, it was only in his senior years when he stopped drinking that he mellowed and became “human”, unfortunately the damage to some of his daughters was done.

Having a great dad did not stop me from choosing men that treated me very badly.  They hurt me once I did not stick around! I moved to Sydney to get away from a bad relationship. I broke that damaging cycle! I found a man who is kind and caring and is my best friend. This march is important for all women to recognise it. The way I see it, the more times women stand together, the more we can achieve!

My friend Nelly has had a lot more turmoil and has suffered a great deal. I understand why she is marching for justice.

My first experience of sexual abuse was at my father’s hand.  I was incredibly young about 10 I think, and it continued until I was about 14.  I did tell my mother when I was 16 but she did not believe me for a few years. During this time, I was cast out of my family, I was left out of stuff on purpose, it feels like my confession divided me from my siblings. This isolation had me moving out of my family home at the age of 18, straight into the arms of another abuser. We married had two kids.

During my younger years, I suffered what would be considered molestation and was sexually harassed in most of my workplaces.  in my home in 1972, the first time it happened a family gathering situation. A trusted family friend made lewd suggestions; I was shocked.
In fact, it occurred at my first job in 1973 in a hamburger bar in Penrith on the 2nd shift, I never went back.

Again in 1973 a friends Dad tried it on while we were watching tv in the dark, but I sensed what was coming got up & moved. I never gave that arse-wipe another opportunity.

Then in 1975 a friends boyfriend began calling me at work, he was making lewd suggestions, saying don’t tell his girlfriend or my boyfriend (she was one of my closest friends and my boyfriend was his best friend) . He arrived at my workplace too pick me up. I saw his car got back in the lift and went out a different exit. He came back to work next week insisted we go for lunch. I went to lunch told him no way and he left it at that.

Next occurrence, my boss constantly made remarks and tried to engage me in conversation designed to denigrate me, he also spent his day distracting me then had to gall to chastise me when I was behind on my work. I left, it was a boring job anyway, I remained unemployed for a little while.

The Next time – I decided to resume studies at Tafe. Like other women I was subjected to continual flashers on the train, they did not seem to care that I was travelling with my young child as I was still breast feeding her. As my only form of transport, I gave up my dream of studying.

Next, I was accosted in the street in broad daylight with my two incredibly young daughters they were four and seven at the time. I was just walking on a foot path from a busy carpark to shops, looking back, as I was holding the hands of my girls, so I was totally vulnerable. A man was walking towards us and as he got closer, he did not look at me, he averted his eyes and put both hands out and squeezed both my breasts. It seemed not to matter that even though I was dressed in T shirt and jeans.

I told My husband when I got back to the car, he was livid we drove around for an hour or so trying to find him. Thank goodness I never saw his face again. The next time I was sexually harassed I was much older I was 40 at university. Rang my professor to ask for an extension due to relationship breakdown. He immediately propositioned me. I declined his invitation three days later he called again with invite to tennis game. I detest tennis and told him so. He didn’t bother even talking to me again for whole term, he would not answer any questions about the lectures etc ignored me. This is why I’m marching for Justice.