Penrith Council’s own health Snapshot indicates that “If taking public transport was quicker than driving, 70% of residents surveyed said they would use public transport” Their conclusion shows that current forms of public transport is inconvenient compared to driving and this is a factor in the high rates of car dependency.

Investment in fast and reliable public transport eases congestion. It provides people the ability to move easily around Penrith.

In line with Councils objective: We want to be able to get around easily

Local solutions that can be put in place immediately

The best solution would be to provide off-site commuter parking with a combination of the following options.

Adapting existing route 793 as a secondary route (793A )could run from Southlands Shopping centre every 15 min 630am to 9am am peak and 15 min 3.30pm to 6pm Mon –Fri) re-routing straight down York Road South Penrith onto Penrith Interchange stands

Adapting existing route 783 as a secondary route (783A) could run from Jordon Springs Shopping centre every 15 min 630am to 9am am peak and 15 min 3.30pm to 6pm Mon –Fri) re-routing straight down Northern Road onto Penrith Interchange stands.

This is how you get things done!

Research on how doing Practical fixes will give people of Penrith relief from congestion.

We need the recommendations outlined in the recent Mckell Institute Two Birds One Stone report to be implemented now and make Penrith the envy of all other Western Sydney Cities.

The Mckell Institutes report, Two Birds One stone improve transport connectivity in NSW, has come up with recommendations that could improve Public transport and ease congestion.

These recommendations aim to best address the transport needs of a growing population, through cost effective solutions that capitalise on existing assets.

It’s comes as no surprise to the many Public transport lobby groups that, as the Mckell Institute report states. “As Sydney’s population grows, so does the pressure on public transport networks and the city’s infrastructure” it reads.

The Mckell institute report goes into great detail also on a range of recommendations that could effectively capitalise on existing community assets, Penrith could greatly benefit with these.

Suggestions such as shuttle buses and car parking facilities outside city centres could provide the necessary services for all of Sydney’s growing urban population, their report states.

Whilst they only outline a few trouble spots in their report, it doesn’t take away from the fact that some of their recommendations could substantially improve the public transport services and ease congestion locally, and help get Penrith moving now.

It makes sense, their recommendations in collaborating with operators of existing community assets could assist the NSW Government better connect Greater Sydney’s transport network, and encourage higher utilisation rates and, therefore limiting the congestion, this would result in benefiting the lives of ordinary commuters, as well as benefiting local economies. 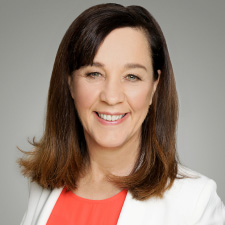